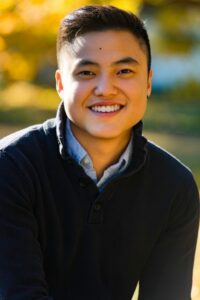 Leo Sheng is a film student at the University of Michigan, where he’s written and directed several short films. He hopes to use film the same way that he’s used social media to tell the stories that are often untold, and to increase transgender visibility and representation.