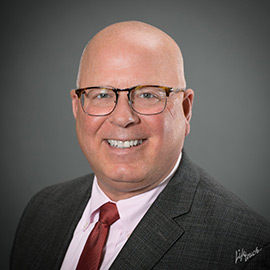 James L. Accomando was elected as the 55th President of the National PTA Board of Directors at the June 2017 National PTA Convention. Jim has been engaged in fulfilling the mission of PTA since his oldest child began kindergarten. For the past 18 years, he has volunteered at every level and has had the pleasure of being president of his child’s high school PTA, the district’s PTA Council and the State of Connecticut Parent Teacher Association. Jim believes that family and community engagement is one of the key strengths of PTA in providing equity and quality in our educational system today. He advocates to look beyond the school community to develop partnerships with other educational stakeholders in order to further the mission of the PTA.

In 2012, Jim was instrumental in the Snow Flakes for Sandy Hook Elementary School Healing Initiative and the fundraising of $1.1 million dollars to support potential mental health issues within the Sandy Hook school community. He is also actively engaged in other civic and youth programming as a coach, Boy Scout leader and church board member.