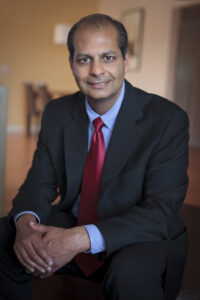 Hemanshu (Hemu) Nigam is an online safety, security, and privacy expert and CEO of SSP Blue, an online security consultancy that has seen every type of online crisis in the book.  SSP Blue helps clients by telling them what to do, how to do it, and we do it for them as well.  SSP Blue provides these strategic services around safety, security, and privacy centered on products, policies, public affairs, and government relations.

Hemu has served as the Chief Security Officer of News Corporation’s digital properties and of MySpace and Fox Interactive Media, and as a safety and security executive in Microsoft.  He was also the vice president of worldwide Internet enforcement against movie piracy at the Motion Picture Association of America. He began his career as Los Angeles County prosecutor specializing in sex crimes and child abuse before serving as a federal prosecutor against online crimes against children and computer crimes in the US DOJ. He is also an expert guest and analyst on CNN, BBC, NBC’s Today Show, HLN, CBS, ABC, Fox News Channel, Fox Business Network, Wall Street Journal, Washington Post, New York Times, and Financial Times.