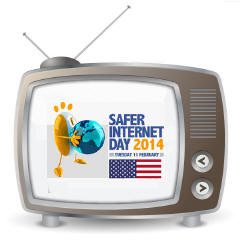 On February 11th, ConnectSafely will hold a half-day event: “Safer Internet Day 2014: Teens and Tech Leaders on Building a Better Internet,” with featured speaker Sen. Charles Schumer. There will be two panel discussions featuring youth leaders from five states and a panel of executives from Instagram, Tumblr, Twitter, Xbox Live and Google/YouTube. European Commission Vice-President Neelie Kroes will address the gathering via video.

The event is designed to provide all participants with insights on youth practices in social media and youth views on social media industry best practices. It’s the official U.S. event for a global awareness day involving Internet users, schools, government officials, businesses and nonprofit organizations in more than 100 countries. The event will be streamed live on Facebook.

When: 9 a.m. to noon. Youth participants will remain for a one-hour planning session for SID 2015

Where: On Capitol Hill at the headquarters of the National Cable & Telecommunications Building at 25 Massachusetts Ave. NW in Washington, D.C. The event will also be live webcast on Facebook Live.

Who: In Washington, participants will include students, educators, youth advocates, businesspeople and policymakers. All who are interested can access the event live via live-streaming on Facebook or later from a number of access points on the Web.

Register here if you wish to attend in person.